Football was played in Recess at town-land level dating back to the early part of the 1900s. It is not until 1938, however, that records are available when Recess entered the Mongan Cup in their own right. The area used for training was in front of where the quarry is today. Paddy Joyce (Peter) remembers the ‘sevens’ at Recess as far back as the 1940s and he recalls the Keoghs (Oughterard) and Joyce’s (Clifden) playing in ‘sevens’ of the that era. He also recalls Henry Kenny (Mayo/Connacht) cycling to teach school with his football boots strung on the bicycle. Players from the Recess area have played with several clubs over the years but have aligned themselves with Na Piarsaigh for the past twenty years.

To listen to the folklore of Recess from John Ramus Joyce, Charley and Jonnie O’Malley, click on track 35. 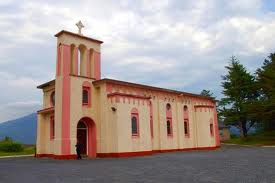