Oughterard  GAA Club is one of the oldest GAA clubs in Galway.  It was first registered for official competition in 1908 but prior to that date there were several town land teams involved in primarily localised competition.  It won its first county title (junior) in 1919 and its only senior title in 1938.

It has supplied the county with an array of talent over time supplying players that won all Ireland titles at minor, under 21 and senior level including winning the interprovincial title as well.  However it could be argued that their folk heroes were players that did not win all Ireland titles, namely the legendry footballer Tom Sullivan and the multi talented – ‘the famous Pat Gibbons’.

Many individuals and families have contributed to the continuation of the club as administrators and players with some combining both over time. 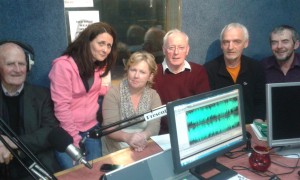