The Roundstone/Cashel area was active Gaelic football wise going back to the early 1900s. This activity mainly involved local competitions between Roundstone, Cashel, Recess and Carna. The Roundstone club was first officially formed in 1938 and was reformed in 1947. One of the first events to be promoted by the club was a seven-a-side tournament played at Gurteen. This event is famous in the folklore of the G.A.A. because each member of the winning team was paid £1 thereby breaking the core rule of the amateur organisation. Was the seven-a-side tournament at Gurteen the first ‘pay for play’ in the G.A.A.? The area used for matches and training was Gurteen Beach. Since 1969, Roundstone players in general attach themselves to Naomh Feichin, and Cashel are aligned with Carna.

To listen to Michael John Ferron’s folklore and memories, click on track 27. 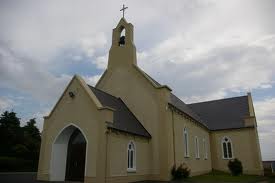